Project: Electrical Troubleshooting
Comments: We called this company at 2 pm on a Friday. They were able to send someone to fix the problem and we had lights again in our bathroom.! Thanks Metro Electric.
Review by: Cheryl P. in Rochester, MI

We appreciate you taking the time to review us. Thank you for your support!

Gain peace of mind knowing your home is protected from any electrical problems. Learn More

A properly installed and maintained smoke alarm is the one thing in your home that will alert you and your family to the dangers of a fire.

F.E.M.A. recommends that smoke detectors be replaced every 8 to 10 years due to the fact that manufacturers warranties expire after this time period. Metro Electric’s professional electricians can replace your existing devices and also add new devices to insure your home is protected and up to date. 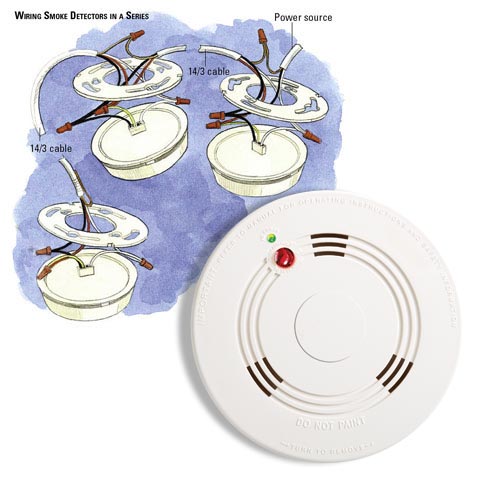 Every residential, commercial, and public building in Michigan is required to have smoke alarms. There’s a good reason for this particular building code. Three out of every five fire-related deaths that occur each year in America happen in buildings that don’t have working smoke detectors and fire alarms.

Don’t currently have smoke alarms installed in the house? There’s no better time to address this serious oversight than now. Read on to find out everything homeowners need to know about professional Smoke Alarm Installation or call Metro Electric to get started now.

There are two different types of smoke alarms that can be installed in residential homes. Both ionization and photoelectric smoke detectors work well to sense smoke, but they work a little differently.

Although they work like a charm, ionization alarms have some drawbacks. They can’t distinguish between smoke and steam, which makes them prone to false alarms, especially in or near kitchens and bathrooms. They’re also very sensitive. While that’s a good thing if a real fire has started somewhere in the home, it can be a nuisance for families prone to burning toast.

While ionization smoke detectors respond more quickly to flames, photoelectric smoke alarms respond more quickly to smoldering fires. They’re also much less likely to send out false alarms, making them much less of a nuisance. The primary downsides of photoelectric smoke alarms are their higher cost, their lower ability to quickly detect flaming fires, and the fact that they do not alert homeowners when the batteries are dead.

Homes in Romeo, Michigan are required by law to have working smoke detectors, which must be UL listed. At a minimum, there must be one smoke alarm in each bedroom and one on each additional story of the home, including basements. Don’t have smoke detectors placed near doors, windows, or other drafty areas of the home. Center ceiling-mounted units at least six inches away from the walls and wall-mounted units at least one foot below the ceilings.

Smoke detectors should be kept in good working order and should be replaced at least once every ten years. Modern models are hooked up to both electrical systems and battery backups, so replace the batteries annually.

Always Have Smoke Detectors Installed by a Professional

It’s important for homeowners to have their smoke detectors installed by a Professional Electrician. They need to be wired into the home’s electrical system to be up-to-code and most homeowners don’t have the training and experience required to do so safely. Licensed electricians can also assist homeowners with choosing the right type of smoke detectors and ensuring that they are placed correctly to offer maximum protection

While no amount of home maintenance replaces the need for periodic professional inspections, there are a few steps homeowners can take to ensure that their smoke alarms are working as intended. Here are a few things to keep in mind:

How to Test a Smoke Alarm

Testing a smoke alarm is easy. Start by pushing the button on the smoke detector to make sure the alarm will sound. Next, place a lit match or candle six inches below the smoke detector, then blow it out. If the smoke does not set off the alarm, it may need to be replaced.

Smoke alarm installation is a task best left to the professionals. Call (586) 336-9121 to get in touch with a licensed electrician who can help. Metro Electric’s licensed electricians have years of experience. They are dedicated to keeping themselves informed about recent code updates and current industry standards for fire protection. 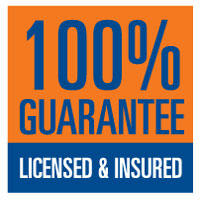